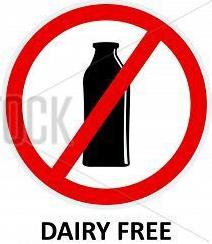 The whole food allergy topic is one of the most perplexing for food-conscious people. We hear about how food allergies are more and more common and it seems that every other food label on the shelves proudly claims “gluten-free” or “dairy-free” or “no soy.” I have written about food allergies and their impact on your health (including weight gain, congestion, joint pain, and fatigue) in previous blogs. However, without a doubt the one that gets the most attention and people seem to be the most confused about is dairy. So let me attempt to clear up some of the confusion.

First of all, what do we mean by dairy? When “dairy” is used in the context of food allergies, it is generally referring to cow’s milk and anything made with cow’s milk. And while that may seem like a limited interpretation, it does cover a lot of ground. Cow’s milk is found in some form in an estimated 50% of packaged or processed foods. Often this is in the most unsuspecting places, such as crackers (as if gluten wasn’t enough of an issue with crackers), energy bars, and even canned tuna. That’s right—-canned tuna. We’ll get to how to identify milk and its derivatives on labels later.

So what is the issue with milk? Why is it high on the allergen list? Most people assume it’s the lactose. In fact, often when I bring up the issue in a consultation or a lecture, people say, “Well I think I’m lactose intolerant.” The truth is lactose intolerance is relatively uncommon. Only about 20% of people have lactose intolerance. This is why they still have issues when drinking lactose-free milk. Lactose is the naturally occurring sugar in milk. The real problem is with one of the proteins found in milk.

There are two basic proteins in milk: casein, which comprises 80% of the protein; and whey, which comprises the other 20%. Because casein is much more prevalent, it is generally cheaper and makes an excellent protein additive for other foods. The problem is with the qualities of casein. It has a “sticky” consistency and tends to be mucous-forming. In fact it is often used as a binder in processed foods, such as canned tuna and salad dressings. To give you an idea of its consistency, it is the main ingredient in making glue (this is why Elmer’s Glue has a picture of a cow on the label).

So as you can imagine, such a substance can be quite difficult to digest and potentially wreak havoc on your digestive system. As I’ve explained before, if you have difficulty digesting something, your body can identify the undigested particles as an intruder and attack it—hence the allergic reaction. Unlike lactose, about 60% of the people are sensitive to or allergic to casein. For more on how to identify a food allergy or sensitivity, see my previous blog on the subject.

Conversely, the whey protein in milk is much more bioavailable and generally thought of as a health food. It is more easily digested and is considered one of the highest quality proteins available, just above egg protein. Whey has naturally occurring, essential amino acids and immunoglobulins that support healthy immune function and cell regeneration.

The caveat is that whey protein must be processed properly to retain its healthy qualities. This requires a low-heat and slow drying process, which is not used in the average protein supplement you might find on store shelves. Much of the whey found in these products is just the byproduct of cheese making plants that have used ultra-pasteurized milk to make their product. This can destroy the immunoglobulins and denature the amino acids. In fact, this industry practice of pasteurizing milk is what makes matters worse when it comes to the casein. It takes an inferior form of protein and makes it virtually unrecognizable by our bodies.

Notwithstanding all of these problems with milk, there is a silver lining here. Many people who are allergic to pasteurized milk can tolerate and even thrive on unpasteurized or raw milk. The challenge is it is illegal in some states to purchase unpasteurized milk. The good news here is that more and more states are making it legal. There are a lot of politics and big-farm lobbying money behind such laws, but the tide is turning.

The original reason for requiring pasteurization was a fear of bacteria-born disease from the raw product. The truth is there have been exponentially more reported cases of people getting sick from consuming pasteurized milk than from raw milk. One reason is that unadulterated raw milk is actually a whole food and contains naturally occurring, bacteria-resistant qualities, much like raw eggs. Another reason is that raw milk is easier to digest, leaving the body better able to fight off harmful food-borne bacteria.

Even if raw milk is not available on store shelves in your state, you can often still get it from community supported associations (CSA’s) or farm co-ops. You might also find a farmer who is willing to sell you milk direct from his cows or goats. Other sources of raw milk are cheeses made from unpasteurized milk. In fact, raw-milk cheese is an excellent exception to the anti-raw-milk laws because it is cultured and considered safer. Even people who have an allergy to raw milk can often tolerate cheese made from raw milk. Examples of raw milk cheese varieties are manchego, gouda, feta and parmigiano. They are often aged longer and are harder than cheeses made from pasteurized milk. The raw milk resources above may also sell raw milk yogurt, which is also cultured.

And finally, another way around a milk allergy may be goat’s milk or sheep’s milk and the cheese and yogurt made from them. Goat’s milk has a fraction of the casein content of cow’s milk and is closer to the protein profile of human breast milk.

In the big picture, having a milk allergy is not all that devastating or even unfortunate. The essential nutrients found in milk are readily available in other foods. Calcium is abundant in green leafy vegetables, seafood, and many other foods. Vitamin D is found in natural sunlight (actually our bodies convert frequencies from sunlight to vitamin D), free range meats and eggs, especially the yolks. And protein is abundant in meat, fish, eggs, and by combining certain grains and legumes.

As for alternatives to milk itself, there are various boxed milks such as almond milk, rice milk and coconut milk, all of which are fortified with many of the essential nutrients mentioned above.

If you have determined you do have a milk allergy or sensitivity (again, see my previous blog on how to do that), it does not mean it’s permanent. People do get over milk allergies and—worst case scenario—discover they can tolerate certain forms of dairy products. Whether you do or do not suffer from a dairy allergy and you choose to have milk, always choose the organic forms whenever possible. You also want to avoid the low-fat and no-fat versions because they are even more processed and, therefore, carry a higher risk of intolerance.