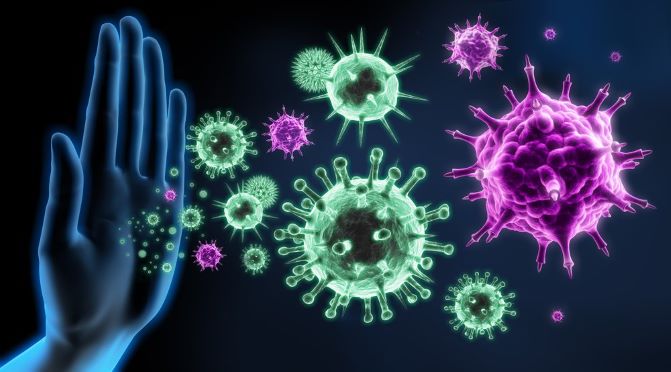 During this challenging time when we are isolated while the world tries to sort out how to respond to a novel pandemic on a seemingly hourly basis, many of us are feeling helpless and scared.  Our focus is simultaneously overwhelmed with the unknowns of our finances (when our income will return to normal) and our health (whether or not we will get sick), among other things.  So I thought I would share my formula for avoiding illness, which has proven quite successful for me and many of my clients.  These are practical things we can all do that are in addition to the obvious mantra we have heard ad nauseum about social distancing and washing our hands.

These are listed in order of priority so if you don’t want to take them on all at once begin with the first item and once you’ve mastered that go the next one and so on.  So here we go!

One common mistake is to overtrain or do too much and this can be counterproductive when we’re talking immunity.  Studies have shown a decrease in immune response after extended high-intensity bouts of exercise.  One way to monitor this is if you feel exhausted long after exercising you’ve done too much.  People who are addicted to hot yoga or indoor cycling classes fall into this trap.

Practicing conscious breathing is one easily accessible practice.  Taking just 5-10 minutes a day and paying attention to your breath is a good start.  You can slowly dedicate more time to it and turn it into a meditation practice.  For many people the idea of meditation is a daunting one.  We absolutely dread the idea of sitting and doing nothing.  For others (and this includes myself when I first attempted mediation), it seems nearly impossible to clear your mind and even attempting to will actually cause frustration and increase stress.   But this is a common misperception about meditation.  It is not about clearing your mind.  It is about watching your thoughts.  When you are sitting in silence and you have a thought, simply acknowledge the thought and let it pass and move on to the next one.  Focusing on your breath and being an  observer of your thoughts is essentially meditation.

Yoga is essentially meditation with movement.  Again, your begin with following your breath while moving through a series of physical poses.  Yes, there are multiple approaches to yoga, but if you are just starting out, that is essentially it.

Another scientifically proven method of de-stressing is simply getting outdoors. Whether it’s going for a walk, riding your bike or doing yard work, removing yourself from the four walls of your home or office can do wonders for your anxiety and your immune system.  It’s even more effective in the woods.

And finally, just taking brain breaks, no matter the method.  For some, it is reading a good book.  For others, it is watching a movie or your favorite TV show.  For others, it is listening to music.   If you feel happier doing it, you’re on the right track.

4. Avoid Refined Sugar and Limit Overall Sugar Consumption – The science is well established on this one. Sugar depresses your immune system, and rather quickly after consumption.  We are talking primarily about refined sugar that is found in many processed foods, but another lesser-known culprit is fruit juice.  Fruit juices are essentially concentrated fructose so if you are going to eat fruit eat the whole fruit and try and keep it to one serving per day.     When it comes to refined sugar, read your labels and try and keep it under 10 grams per serving.  Sweeten your tea with raw honey, xylitol, monkfruit or stevia.

The bottom line is you should supplement with vitamin D. If you haven’t been taking it, begin with 10,000 IUs daily for 30 days then reduce to 4,000 IUs daily.  Check your blood every six  months or so to make sure you are getting enough and not over-doing it.  The test is 25 (OH) D and you want levels between 40-60 ng/ml.  Because vitamin D is a fat-soluble nutrient, take an emulsified liquid form (I like Biotics Research for this one).

Foods containing gluten and casein specifically come with their own additional negative consequences because they are two of the most common food allergens.  This means your body may be reacting to these foods in an abnormal way leading to inflammation and the production of mucous, and more serious conditions such as leaky gut and irritable bowel syndrome.

Gluten is the protein in many grains such as wheat, barley, rye, oats, and spelt.  These are what most flour-based foods are made from.  These days, there are gluten-free varieties of these grains, but they would be labeled as such.  Casein is one of two types of protein in milk and is also used as a binding agent in many processed foods such as salad dressings and even some brands of canned tuna.  One exception to the casein reaction can be foods made with raw or cultured milk like some varieties of cheese and yogurt because the beneficial bacteria in these foods make it easier for the gut to assimilate.

The easiest way to go about this (although “easiest” is a relative term here) is to begin with cold showers.  Just spend the last 60-90 seconds of your shower as cold as you can tolerate, which is typically around 55 degrees in the coldest months and about 60-65 degrees in the warmest months.  To prevent hyperventilation, practice deep breathing emphasizing a full, slow exhale.

Another option is a cryo-chamber, which can be found in some salons and stand-alone storefronts.  This is full-body exposure to nitrogen gas which can get down to 250 degrees Fahrenheit for a period of three minutes.  If you’ve already done the cold showers, this is actually less uncomfortable.

For more on the science behind cryotherapy, check out the What Doesn’t Kill Us: How Freezing Water, Extreme Altitude and Environmental Conditioning Will Renew Our Lost Evolutionary Strength, by Scott Carney.