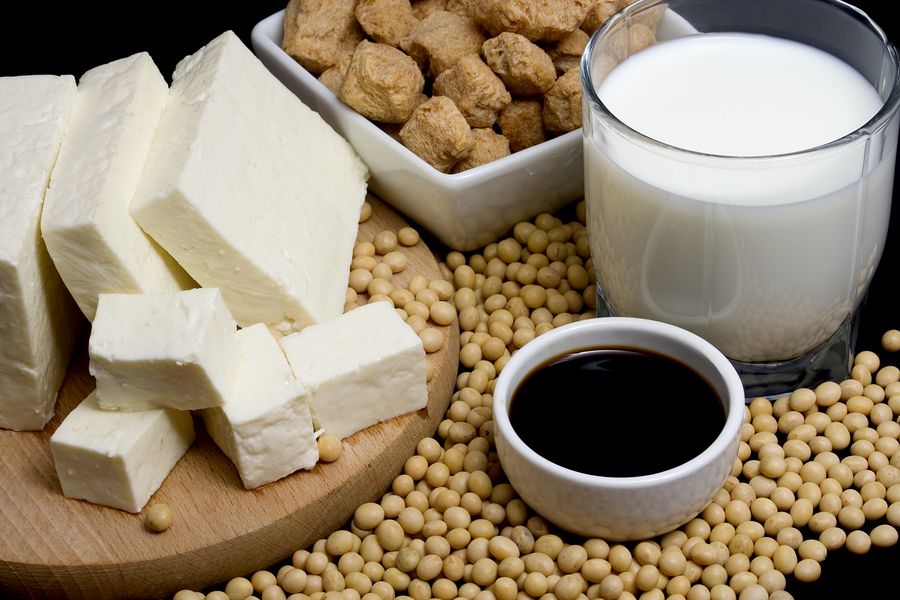 When I first came into this business of health and nutrition more than 16 years ago now, soy was considered a health food. It was soon to become the most mass-produced American crop and was appearing in the ingredients labels of thousands of products that we consume every day. Many viewed soy as an excellent vegetarian source of complete dietary protein (even though it is deficient in the amino acids methionine and cysteine). Vegetarians were practically living on tofu and soy milk as a daily food staple. Because I was a personal trainer, I promoted shakes and protein bars made with soy protein isolates. And because I only advocate what I believe in, I consumed these same products myself.

Fortunately, I have always adhered to the philosophy that in order to be an effective consultant and teacher I must remain open-mined and thus stay up on the latest research and information in my field of practice. This is especially crucial in the nutritional world because there is a seemingly constant flow of new information about human physiology and how it responds to the foods we eat. As many stories as we hear about nutrition through the mainstream media, there is infinitely more information available through peer-reviewed journals and in the field. In fact, upon closer examination, many of the stories in the mainstream media are either inaccurate portrayals of just-published studies or old findings that are recycled for the purpose of selling headlines.

It did not take me long to begin noticing more and more information about the downsides of soy and soy products, most of which are listed below. Eventually, this caused me to reevaluate my personal use and my advocacy. As a result, I began to make observational connections between the use of soy and various health concerns I confronted in my practice. Among the most troubling of these concerns at the time were the negative effects on thyroid and other hormonal issues, because let’s face it, 90% of my business was weight management.

When people asked me how I could go from being an advocate for soy to cautioning against it, I simply told them, “Because I know more now.” After all, we can only form our beliefs and opinions based on the information available to us at the time. That’s all any of us can do. As a health professional, it is my duty to seek out that information and be open to what it may have to teach me, no matter my past beliefs or practices.

So with that, I now caution people about the dangers of soy, at least when it is consumed in the manner and with the frequency that many of us in this country have for the last several years. And because this has been fairly common knowledge among holistic health professionals for so long, I am not the first to write about this issue. Many professionals who are much smarter than me, and who have been studying the science behind this issue for years, have written similar warnings. So in the event you are not familiar with their works, I am here to pass some of it along, with my own commentary of course.

Probably the leading authority on this topic is The Weston A. Price Foundation—a non-profit organization committed to restoring nutrient-dense foods to the human diet through education, research and activism. They support a number of movements that contribute to this objective including accurate nutrition education, promoting organic and biodynamic, community-supported farming, and truth in labeling. In fact, I found the food co-op I now use weekly through WAP and used to host a drop-off site for farm-fresh food myself when I was a chapter president.

Both the WAP Foundation and Dr. Joseph Mercola have published numerous articles on the topic. So if you want to know why I recommend avoiding most soy products, WAP has graciously given me permission to reprint a summary of these reasons. The following is a summary of the dangers of soy along with a list of myths and truths about soy. I have followed these up with some suggestions on how to minimize your exposure to these risks and a bit about alternatives to soy products.

Myths and Truths About Soy

Here we dispel the myths of the “Diet Dictocrats” and reveal the scientific validity behind our wise ancestors’ nutrient-dense diets.

Myth: Use of soy as a food dates back many thousands of years.

Truth: Soy was first used as a food during the late Chou dynasty (1134-246 BC), only after the Chinese learned to ferment soybeans to make foods like tempeh, natto and tamari.

Truth: Average consumption of soy foods in Japan and China is 10 grams (about 2 teaspoons) per day. Asians consume soy foods in small amounts as a condiment, and not as a replacement for animal foods.

Truth: Most modern soy foods are not fermented to neutralize toxins in soybeans, and are processed in a way that denatures proteins and increases levels of carcinogens.

Truth: The compound that resembles vitamin B12 in soy cannot be used by the human body: in fact, soy foods cause the body to require more B12

Truth: Soy foods can cause deficiencies in calcium and vitamin D, both needed for healthy bones. Calcium from bone broths and vitamin D from seafood, lard and organ meats prevent osteoporosis in Asian countries—not soy foods.

Myth: Modern soy foods protect against many types of cancer.

Truth: A British government report concluded that there is little evidence that soy foods protect against breast cancer or any other forms of cancer. In fact, soy foods may result in an increased risk of cancer.

Truth: In some people, consumption of soy foods will lower cholesterol, but there is no evidence that lowering cholesterol with soy protein improves one’s risk of having heart disease.

Myth: Soy estrogens (isoflavones) are good for you.

Truth: Soy isoflavones are phyto-endocrine disrupters. At dietary levels, they can prevent ovulation and stimulate the growth of cancer cells. Eating as little as 30 grams (about 4 tablespoons) of soy per day can result in hypothyroidism with symptoms of lethargy, constipation, weight gain and fatigue.

Myth: Soy foods are safe and beneficial for women to use in their postmenopausal years.

Truth: Soy foods can stimulate the growth of estrogen-dependent tumors and cause thyroid problems. Low thyroid function is associated with difficulties in menopause.

Truth: A recent study found that women with the highest levels of estrogen in their blood had the lowest levels of cognitive function; In Japanese Americans tofu consumption in mid-life is associated with the occurrence of Alzheimer’s disease in later life.

Truth: Archer Daniels Midland (ADM) recently withdrew its application to the FDA for GRAS status for soy isoflavones following an outpouring of protest from the scientific community. The FDA never approved GRAS status for soy protein isolate because of concern regarding the presence of toxins and carcinogens in processed soy.

Myth: Soy foods are good for your sex life.

Myth: Soybeans are good for the environment.

Truth: Most soybeans grown in the US are genetically engineered to allow farmers to use large amounts of herbicides.

Truth: In third-world countries, soybeans replace traditional crops and transfer the value-added of processing from the local population to multinational corporations.

With all this being said, not all soy is evil. Organic soy that uses natural fermentation as part of the processing can actually be good for us. The fermentation process reduces the phytates and “anti-nutrient” levels of soybeans and makes them easier for our digestive systems to break down and assimilate.

So what are these fermented soy products? They are:

Please note that tofu is not on this list because it is generally not fermented.

If you want to read more about soy, go to the Weston A. Price Foundation’s website and by all means consider joining as a member of this nonprofit group by signing up here. You will also find there a long list of references and citations for the facts enumerated in this article.