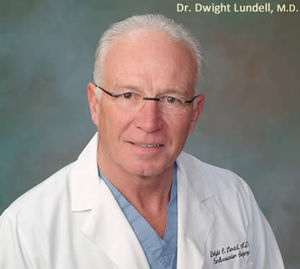 My mission with this blog and this website is to inform and educate.  And while I typically do the writing for this blog, today I am turning it over to Dr. Dwight Lundell—a retired Heart Surgeon and former Chief of Staff and Chief of Surgery at the Banner Heart Hospital in Mesa, Arizona.  Recently Dr. Lundell left surgery to focus on the nutritional treatment of heart disease. He is the founder of Healthy Humans Foundation that promotes human health with a focus on helping large corporations promote wellness.  Sometime during his tenure as a surgeon, Dr. Lundell had what you might call a crisis of conscience.  He realized that the pharmaceuticals and low-fat diets he and his brethren had been promoting were not helping and, in fact, may be hurting.  So he decided to do something about it.  He began to speak up and was ostracized.  He responding by writing a couple of books on the topic—“The Cure For Heart Disease” and “The Great Cholesterol Lie.”  We need more docs like this!

The following is just a summary of his message, which I am sharing with you because I have been saying this to my clients for years.  He just says it with the added credibility of having been on the front lines of this health crisis and, quite frankly, he says it more eloquently and succinctly than me.

Dr. Lundell is not the first man of such a distinguished resume to speak up about this issue.  He is just the latest. I have referenced many others like him in my previous efforts, such as Uffe Ravnskov—a medical doctor with a PhD in Chemistry and the author of “The Cholesterol Myths: Exposing the Fallacy That Saturated Fat and Cholesterol Cause Heart Disease”.  Several years ago, I hosted a lecture given by Dr. Ravnskov here in Annapolis.

So open your mind and enjoy.  If you have something to say about it, please comment in the section below.  And thanks to my friend Stacey for bringing this particular article to my attention. 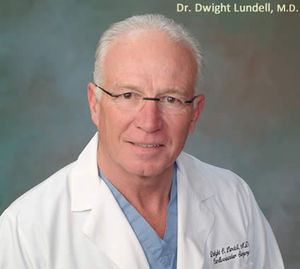 We physicians with all our training, knowledge and authority often acquire a rather large ego that tends to make it difficult to admit we are wrong. So, here it is. I freely admit to being wrong. As a heart surgeon with 25 years experience, having performed over 5,000 open-heart surgeries,today is my day to right the wrong with medical and scientific fact.

The only accepted therapy was prescribing medications to lower cholesterol and a diet that severely restricted fat intake. The latter of course we insisted would lower cholesterol and heart disease. Deviations from these recommendations were considered heresy and could quite possibly result in malpractice.

It Is Not Working!

These recommendations are no longer scientifically or morally defensible. The discovery a few years ago that inflammation in the artery wall is the real cause of heart disease is slowly leading to a paradigm shift in how heart disease and other chronic ailments will be treated.

The long-established dietary recommendations have created epidemics of obesity and diabetes, the consequences of which dwarf any historical plague in terms of mortality, human suffering and dire economic consequences.

Despite the fact that 25% of the population takes expensive statin medications and despite the fact we have reduced the fat content of our diets, more Americans will die this year of heart disease than ever before.

Statistics from the American Heart Association show that 75 million Americans currently suffer from heart disease, 20 million have diabetes and 57 million have pre-diabetes. These disorders are affecting younger and younger people in greater numbers every year.

What thoughtful person would willfully expose himself repeatedly to foods or other substances that are known to cause injury to the body?  Well,smokers perhaps, but at least they made that choice willfully.

The rest of us have simply followed the recommended mainstream dietthat is low in fat and high in polyunsaturated fats and carbohydrates, not knowing we were causing repeated injury to our blood vessels. Thisrepeated injury creates chronic inflammation leading to heart disease, stroke, diabetes and obesity.

Let me repeat that: The injury and inflammation in our blood vessels is caused by the low fat diet recommended for years by mainstream medicine.

What are the biggest culprits of chronic inflammation? Quite simply, they are the overload of simple, highly processed carbohydrates (sugar, flour and all the products made from them) and the excess consumption of omega-6 vegetable oils like soybean, corn and sunflower that are found in many processed foods.

Take a moment to visualize rubbing a stiff brush repeatedly over soft skin until it becomes quite red and nearly bleeding. you kept this up several times a day, every day for five years. If you could tolerate this painful brushing, you would have a bleeding, swollen infected area that became worse with each repeated injury. This is a good way to visualize the inflammatory process that could be going on in your body right now.

Regardless of where the inflammatory process occurs, externally or internally, it is the same. I have peered inside thousands upon thousands of arteries. A diseased artery looks as if someone took a brush and scrubbed repeatedly against its wall. Several times a day, every day, the foods we eat create small injuries compounding into more injuries, causing the body to respond continuously and appropriately with inflammation.

While we savor the tantalizing taste of a sweet roll, our bodies respond alarmingly as if a foreign invader arrived declaring war. Foods loaded with sugars and simple carbohydrates, or processed withomega-6 oils for long shelf life have been the mainstay of the American diet for six decades. These foods have been slowly poisoning everyone.

How does eating a simple sweet roll create a cascade of inflammation to make you sick?

Imagine spilling syrup on your keyboard and you have a visual of what occurs inside the cell. When we consume simple carbohydrates such as sugar, blood sugar rises rapidly. In response, your pancreas secretes insulin whose primary purpose is to drive sugar into each cell where it is stored for energy. If the cell is full and does not need glucose, it is rejected to avoid extra sugar gumming up the works.

While you may not be able to see it, rest assured it is there. I saw it in over 5,000 surgical patients spanning 25 years who all shared one common denominator — inflammation in their arteries.

Let’s get back to the sweet roll. That innocent looking goody not only contains sugars, it is baked in one of many omega-6 oils such as soybean. Chips and fries are soaked in soybean oil; processed foods are manufactured with omega-6 oils for longer shelf life. While omega-6’s are essential -they are part of every cell membrane controlling what goes in and out of the cell — they must be in the correct balance with omega-3’s.

If the balance shifts by consuming excessive omega-6, the cell membrane produces chemicals called cytokines that directly cause inflammation.

Today’s mainstream American diet has produced an extreme imbalance of these two fats. The ratio of imbalance ranges from 15:1 to as high as 30:1 in favor of omega-6. That’s a tremendous amount of cytokines causing inflammation. In today’s food environment, a 3:1 ratio would be optimal and healthy.

To make matters worse, the excess weight you are carrying from eating these foods creates overloaded fat cells that pour out large quantities of pro-inflammatory chemicals that add to the injury caused by having high blood sugar. The process that began with a sweet roll turns into a vicious cycle over time that creates heart disease, high blood pressure, diabetes and finally, Alzheimer’s disease, as the inflammatory process continues unabated.

There is no escaping the fact that the more we consume prepared and processed foods, the more we trip the inflammation switch little by little each day. The human body cannot process, nor was it designed to consume, foods packed with sugars and soaked in omega-6 oils.

There is but one answer to quieting inflammation, and that is returning to foods closer to their natural state. To build muscle, eat more protein. Choose carbohydrates that are very complex such as colorful fruits and vegetables. Cut down on or eliminate inflammation- causing omega-6 fats like corn and soybean oil and the processed foods that are made from them.

One tablespoon of corn oil contains 7,280 mg of omega-6; soybean contains 6,940 mg. Instead, use olive oil or butter from grass-fed beef.

The cholesterol theory led to the no-fat, low-fat recommendations that in turn created the very foods now causing an epidemic of inflammation. Mainstream medicine made a terrible mistake when it advised people to avoid saturated fat in favor of foods high in omega-6 fats. We now have an epidemic of arterial inflammation leading to heart disease and other silent killers.

What you can do is choose whole foods your grandmother served and not those your mom turned to as grocery store aisles filled with manufactured foods. By eliminating inflammatory foods and adding essential nutrients from fresh unprocessed food, you will reverse years of damage in your arteries and throughout your body from consuming the typical American diet.