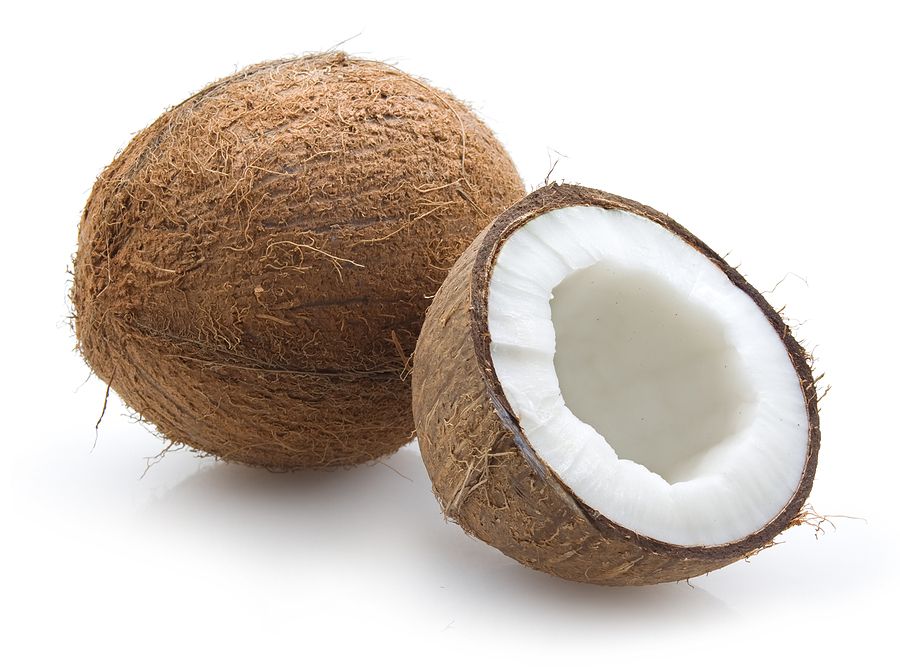 After decades of being wrongfully accused of contributing to heart disease, coconut oil is finally having its reputation cleared. Along with its tropical-oil cousins palm oil and palm kernel oil, coconut oil had long been thought to be contributing to clogged arteries because of its saturated fat content. But as it turns out the case against it was based on tainted evidence.  The truth is that coconut oil actually promotes many aspects of good health, not the least of which are to help us burn fat and resist infection.

More recent, comprehensive studies have revealed that the initial rap on coconut oil was based on poorly conducted, four-decade-old animal studies and a misunderstanding of the bio-chemistry and role of this naturally saturated fat.

These studies, as the late Dr. Robert Atkins once pointed out, were funded by vegetable oil (e.g., corn, peanut, soy and safflower oil) manufacturers and actually used coconut oil that had been artificially hydrogenated, resulting in a molecular distortion of fatty acids that converted them into harmful trans-fats.   And as we now know, trans-fats not only raise blood levels of LDL cholesterol levels, they can also wreak havoc on your endocrine (hormonal) and immune systems and promote degenerative diseases like hypothyroidism, type-II diabetes and even cancer.

In it’s natural, “virgin” state, coconut oil actually is free of trans-fats. In fact, Pacific islanders who regularly use it as a dietary staple have an extremely low rate of heart disease, despite eating many cholesterol rich foods like fatty fish, shellfish, eggs, and milk.

Many people see coconut oil in its hardened, opaque form and, as a result of the mainstream media or what is still being taught to doctors and dieticians, associate it with the cholesterol-rich plaques in blood vessels. The lesions caused by this plaque in blood vessels are the result of a combination of factors such as lipid oxidation of unsaturated fats and systemic inflammation.  Stress can also be a factor because the hormone released by the adrenal glands under elevated stress—adrenaline—liberates fats from storage, and the lining of blood vessels is exposed to high concentrations of the this blood-borne material (for more on this topic, see my recent blog on The Real Cause of Heart Disease).

Another reason why the clogged artery theory doesn’t hold water is because coconut oil can’t exist as a solid in the body.  It liquefies at 76 degrees. Incidentally, the viscosity of complex materials isn’t a simple matter of averaging the viscosity of its component materials.  In fact, cholesterol and saturated fats sometimes lower the viscosity of cell components.

Most of the images and metaphors relating to coconut oil and cholesterol that circulate in our culture are false and misleading. I offer a counter-image, which is metaphorical, but true, in that it relates to lipid oxidation, which happens to be profoundly important in our bodies. After a bottle of safflower oil has been opened a few times, a few drops that get smeared onto the outside of the bottle begin to get very sticky, and hard to wash off. This property is why it is a valued base for paints and varnishes. However, the chemical makeup of this varnish is closely related to the age pigment that forms “liver spots” on the skin and similar lesions in the brain, heart, blood vessels, lenses of the eyes, etc. The image of hard, white saturated coconut oil isn’t relevant to the oil’s biological action, but the image of sticky varnish-like easily oxidized unsaturated seed oils is highly relevant to their toxicity.

Far from being a threat to our cardiovascular systems, it turns out that coconut oil is actually a prime source of lauric acid— the same immune-boosting substance found in mother’s milk. The lauric acid is used by the body to make the fatty acid derivative monolaurin, which is a proven antiviral/antibacterial/antifungal agent that helps protect us against a broad range of pathogens (and is now regarded as an important immune-booster for AIDS patients).   In fact, various fractions of coconut oil are coming into use as “drugs,” meaning that they are advertised as treatments for diseases. Butyric acid is used to treat cancer, lauric and myristic acids to treat viral infections, and mixtures of medium-chain fats are sold for weight loss.

In addition, various studies have shown heart patients recovering after being fed coconut oil, as is noted by Mary G. Enig, Ph.D., an internationally renowned nutritionist/biochemist who is a staunch advocate of coconut oil’s benefits.   If, despite the overwhelming evidence to the contrary, you are still not convinced that not all saturated fats are dangerous, I suggest you read Dr. Enig’s enlightening article on the subject, A New Look At Coconut Oil.

Another incredible fact about coconut oil is that even though it is a fat, it actually promotes weight loss!   This is because it is unusually rich in short and medium chain fatty acids (MCFA’s). Shorter chain length allows fatty acids to be metabolized much easier than other dietary fats. Whereas other fats are stored in the body’s cells, the MCFA’s in coconut oil are sent directly to the liver where they are immediately converted into energy.

So when you eat coconut oil, the body uses it immediately to make energy rather than store it as body fat. Because this quick and easy absorption puts less strain on the pancreas, liver and digestive system, coconut oil “heats up” the metabolic system and is outstanding for those with thyroid problems. Since coconut oil will actually speed up metabolism, your body will burn more calories in a day — this will contribute to weight loss, and you’ll have more energy. The weight-loss effects of coconut oil have clearly been demonstrated by many researchers, many of whom are referenced in Bruce Fife’s book The Healing Miracles of Coconut Oil. Meanwhile, studies have shown the opposite for unsaturated fats, which can promote hypothyroidism and lower metabolic rate.

The ability of some of the medium chain saturated fatty acids in coconut oil to inhibit the liver’s formation of fat very likely synergizes with the pro-thyroid effect, in allowing energy to be used, rather than stored. When fat isn’t formed from carbohydrate, the sugar is available for use or for storage as glycogen. Therefore, shifting from unsaturated fats in foods to coconut oil involves several anti-stress processes, reducing our need for the adrenal hormones. Decreased blood sugar is a basic signal for the release of adrenal hormones.

The unsaturated oils in some cooked foods become rancid in just a few hours, even at refrigerator temperatures, and are responsible for the stale taste of leftover foods. Coconut oil that has been kept at room temperature for a year has been tested and showed no evidence of rancidity. In fact, the soluble, shorter chain fatty acids in coconut oil tend to inhibit oxidation of the unstable, unsaturated fatty acids, giving it an antioxidant quality.

Coconut oil also makes an ideal skin lotion. When applied topically, it prevents destructive free-radical formation and provides protection against them. It can help to keep the skin from developing liver spots, and other blemishes caused by aging and over exposure to sunlight. It helps to prevent sagging and wrinkling by keeping connective tissues strong and supple. In some cases it might even restore damaged or diseased skin. The oil is absorbed into the skin and into the cell structure of the connective tissues, limiting the damage excessive sun exposure can cause.

Coconut oil will not only bring temporary relief to the skin, but it will aid in healing and repairing. It will have lasting benefits, unlike most lotions. It can help bring back a youthful appearance. The coconut oil will aid in removing the outer layer of dead skin cells, making the skin smoother. The skin will become more evenly textured with a healthy “shine”. And the coconut oil will penetrate into the deeper layers of the skin and strengthen the underlying tissues.

In fact, coconut oil is an active ingredient in many commercially produced skin cleansers and lotions. One of my favorite is by Keys Soap Island Rx. This is an excellent facial cleanser made with coconut oil, olive oil, avocado, blood orange and clary sage. This foaming cleanser is especially good for sensitive skin and has been used therapeutically to treat dermatitis, eczema, psoriasis, acne, and skin allergies.

Because coconut oil is such a stable fat, it makes for an excellent cooking oil. It can stand up to high temperatures without breaking down and losing its healthful qualities. I use it occasionally in vegetable dishes for a change of pace. My daughter loves her eggs cooked in coconut oil. I also use it in place of vegetable oil in baking recipes, like pancakes or waffles. But my favorite compliment for coconut oil is fish. It just adds a bit of richness to many kinds of fish, especially the medium textured fish like mahi and halibut. Try it sometime! You won’t be disappointed.

So coconut oil is a true health food. Just make sure you use the extra virgin form to get the greatest benefit.  Incidentally, the rest of the coconut, meaning the meat and the water from young, green coconuts are also incredibly healthy foods.  They are loaded with essential vitamins and minerals. Coconut water makes for an excellent electrolyte supplement and is used by professional athletes after training and competition more and more.

If you have favorite recipes using coconut oil, please share them in the comments section below.